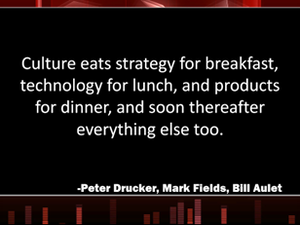 For a number of years now, the term Growth President has been in the vernacular of college boards, C-Suite leaders in academia, general administration, and faculty. In large part, the term is meant to reflect that leader who is leading the charge to gain students. That leader should be reaching new student populations, developing initiates, and engaging the existing donor base and adding to it. It should be clear that the effective Growth President will create the vision, the team, and the culture.

What a Growth Organization Needs

As most educational institutions at least understand what a vision is, even when they do not use one well, the concept of a vision should be fairly understandable. The vision is developed to show where an institution intends to go. If growth is a goal (and it should be), the vision must reflect the ability to grow. It must speak to what that growth looks like and how the institution intends to get there. Certainly, the President (the Growth President) develops the vision with their own flavor and zest along with the executive team.

While these steps are not necessarily sequential, the next aspect that must be put together is the team that will carry out the vision for growth. Usually there is a team in place. As Jim Collins notes though, the right people have to be in the right seats on the bus. So the Growth President must make sure the team, from the board down through the C-Suite Leaders, through the administration, staff, and faculty are all in the right place on the bus. . .or get them to the right place or on a different bus.

This leads to creating the culture for growth. Peter Drucker, Mark Fields, and Bill Aulet have noted that, “Culture eats strategy for breakfast, technology for lunch, and products for dinner, and soon thereafter everything else too.” In other words, establishing the culture is the quintessential thing that the Growth President must doculture-eats-strategy for growth to be sustained. Every team member, regardless of their area, must be focused on growth. No one can say “growing the school isn’t my job,” or “recruiting students is not my job.” Everyone is a recruiter. Everyone is a public relations specialist. Everyone is an innovator for growth. Everyone must have an attitude of looking for new things, new ways of operating, and a sense of personal responsibility for growth. Those who will not be a believer in this culture need to find someplace else to belong.

As I’ve worked with colleges around the U.S. and internationally, I’ve seen some institutions who think the President (the Growth President) is the answer to growing. They are part of the answer. . .but not the only answer. They are just a start. The entire culture must be about growth for growth to be sustained.

What Growth Organizations Have Done

So many institutions have looked at their programming and determined that they needed to reach new student populations. As a result, the implemented adult and online programming, they added more programs that were needed in the market, and they have seen exceptional growth. One of InterLearn’s clients went from 0 to 500+ students in their adult programs in five years. That has changed their financial status from being in debt and ready to close to excess revenue in the millions.

One college in the U.S. Southwest had identified that one of their growth strategies needed to be adult and online programming. When some faculty pushed back and would not support it, those faculty found themselves “put off the bus.” Today, that college is a leader in the area as a result of that move.

Another institution in the U.S. Midwest implemented a staff contest to generate student leads for its programs. A challenge goal of certain number of leads was set. If they reached that goal, the entire college staff would receive additional days off (with pay, of course) at Christmas. Everyone was encouraged to reach out to people they knew through social media, e-mail, telephone, and in person to help gather leads. They made the goal as an entire organization and had some extra time off at Christmas as a reward.

One president has dinners for community members at his home on a monthly basis to tell the story of his institution. Additionally, weekly he meets with potential donors who can financially support the vision.

One president so recognizes his central role in recruiting that he is regularly giving out his business card with his personal mobile telephone number on it. He talks to people in his community about starting a program at his institution in restaurants, grocery stores, etc.

One institution, in order to raise the initial funds for marketing, cut an already dilapidated budget and worked its fledgling donor base (none of which could give more than $5000). Those efforts allowed them to gather the amount that they needed to really push their adult and online programming to grow.

Each of these examples show the dedication that is needed by the entire organization to be a growth organization. Yes, the President must be a growth-minded President who really LEADS. However, everyone is part of the growth process.

How is your organization working to be a growth organization? Send me your stories and I’ll try to feature you on our blog.

If you need some help working towards being a Growth Organization, let InterLearn help you in your endeavors. Contact me today at (918) 895-1185 or jfischer@interlearned.com.

Use Of Technology In Language Learning – 5 Key Benefits

Today’s article is by John Austen (reach him at johnausten421@gmail.com), a freelance writer who has been working online for several years. His latest work has been about language and language learning. For many reasons, new technology-integrated systems are taking over the educational system today and becoming a popular language acquisition choice. This innovative educational style’s […]

I am a systems thinker.  As soon as I enter a new. . .whatever. . .I start seeing the systems in place (or that need to be in place).  My head starts designing the inputs and outflows, the structures of what is happening or should be happening, the way it works.

Each year at Christmas time, my family watches through a cultivated list of favorite Christmas movies.  We know them almost by heart.  Occasionally, we’ll add a new one.  However, the list doesn’t grow too much (and it certainly does not include the litany of Hallmark and Lifetime Christmas movies. . .bleah!).

The Promise (or Paralysis) of a Found Day

Today (and tomorrow), I am faced with “Found Days.”  That is, I was supposed to be heading off to a race with my wife and “out of the office” for a couple of days.  While I would have had my trusty laptop with me and could get some things done, there would have been limits.

Earlier in my career, I was a regional dean for Indiana Wesleyan University.  During a significant portion of that assignment, I was responsible for the Cleveland Education Center (Ohio) as well as the Louisville Education Center (Kentucky).  For those not familiar with that part of the country, that’s about a four-hour drive between the two.  […]

Learning from the Negative

I can’t tell you how many times that I’ve had this conversation as a parent with my children.  Sometimes it has been about examples that are in front of my children as teachers or leaders. . .sometimes it’s about me.  I tell them as we’re reflecting on the situation and can find very little positive […]